Sign up for the next Whimsy and Wonderland box by 20th! Learn more

We have used washable nappies for the majority of the time through having three babies so far- and are just preparing to start again when this baby is born in May/ June. I shared a little on instagram stories and had quite a few questions and interest so thought it was about time I updated on here to reflect what we have learnt from 6 years or so of using washable nappies!

If you’ve never used or seen cloth nappies it can seem really overwhelming but I’ll try and break down some basics- it’s pretty simple once you understand what you’re doing and work out what works best for you. 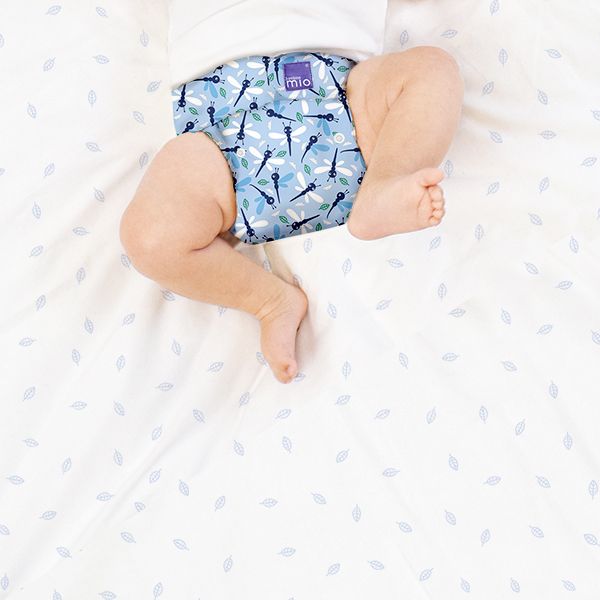 The reasons we love them are first that they’re so comfy and soft and lovely compared to disposibles. Obviously you can get lots of fun colours and they are generally nicer to use and I imagine to wear!
The one that most people will think of is that using washable nappies saves the planet! Less in the bin, less smelly bags to put in the dustbin and less to spend on nappies each week.
You do save money, definitely. If you imagined that one nappy costs £15 (at the higher end but just for demonstration) and you use it twice a week for two years – (you’ll probably use it more than that) it works out great. And you can usually sell on preloved nappies if they were still useable or in good condition.

When our oldest, Phoebe was born, we used disposables to begin with- no one wants to deal with washing those newborn meconium poos (can be black, green and very interesting!) Plus obviously adjusting to all the new-ness that comes with a new baby. When she was a little older I tried some prefold nappies that my mum had got hold of and then quickly got some pocket nappies after reading some blogs from some internet friends about how they were using and finding washable nappies.

There are two basic types– ones which are prefolds with a wrap, an inside (absorbant part) and then a fleece or paper liner- or pocket nappies which you stuff the liners (absorbant part) into so they’re all in one.

I started off getting 10 (like these ones, I used this brand for 80% of our nappies) with two microfibre inserts per nappy cover. They would last about 3 hours until wet (obviously changed if it was a number 2!) and I washed them every other day. Because they are microfibre they dried easily inside or out on the line and they lasted us really well.

So from about the age of 4 months we swapped to almost entirely cloth nappies and used a disposable mainly at night. I preferred the pocket nappies to the prefolds just because it was easier to stuff the nappies in advance and whip them out when needed instead of trying to arrange them correctly. I did use some of the prefolds at night as the cotton insides are really absorbant and could last a long time!

Our second, Simeon was born and so we briefly had two in nappies- again he started in disposibles and then we swapped. I did get some extra nappies and some bamboo inserts so each nappy for him would usually have one or two microfibre plus one bamboo insert- they are more absorbant but absorb slower somehow so the combination worked well for him who seemed to be wetter. Phoebe potty trained and then when he was 20 months Amelia was born. I put her in her first cloth nappy at one month!

It’s not perfect – we have used disposables a lot at night just to save them having a bum so enormous that pyjamas dont fit- although we could have used the prefold ones more at that point. And that month or two before potty training when they lept trying to take nappies off we would have a few pull ups before jumping into potty training fully.

We have taken them on holiday, taken them to France, Belgium, washed them in caravan site washing machines and hung them out to dry in the summer sun. They’ve been up to Scotland- and yes sometimes we just left them at home!

I love that you don’t need to worry about nappy covers or bloomers because they’re so lovely!

Does it work for newborns?

Yes- most nappies have poppers so you just pop them smaller/ larger but for the tiny tiny baby bit I would probably use disposibles until their poo has settled a bit and passed the meconium stage. Check any nappies/ websites to see whether they say from newborn but in theory yes they’ll go from small baby to chunky toddler!

How many do you need?

As I said you can survive with 10 if you’re happy to wash every other day, or daily if you want although it would be a small load. Obviously if you have a more you’d have more dry/ spare/ to stash in a change bag. I’d get at least two inserts (microfibre or bamboo- we used a combination) per nappy for the daytime. 10-15 nappies (so 20-30 inserts) is probably a good amount for one baby without having hundreds to keep track of.

How do you choose a brand?

If you have a nappy library that could be a good way to try / see the different kinds. Have a google to see. I knew we wanted pockets and had seen some recommended on amazon so I just went in with low commitment and bought 5- saw how easy and lovely they were and quickly got 5 more. There are lots of great brands- and some are pricier than other but I would always just check reviews- try a couple and see how you go. If you really don’t get on with them you can always resell them on a cloth nappy group (Facebook) – or indeed get started with some that are preloved.

How long do they last?

You’re usually looking at about 3 hours before a nappy is getting too wet, obviously that depends on your child and what you’re putting inside your nappy also! Some are heavier wetters.
The nappies themselves have lasted years. We have a couple of our original 10 (they’re going on 7 years old now!) and a lot of the ones we got about 5 years ago. Sadly some of the outers the PUL wore out from back when I didn’t realise it’s not the best idea to dry them on a radiator!

How do you wash them?

If your baby is breastfed then the poo washes out pretty easily and I’d just chuck it straight in the wash/ in a bucket until you wash the next day. You can of course sluice/ rinse them out if you prefer, or set up a bucket to soak nappies in if you’re worried about them getting stinky or stained. As long as you wash frequently enough it’s not a problem if your bucket has a lid!

If your baby/ toddler is on solids then definitely try to tip any solids down the toilet (you can get flushable liners if you want) and then I’d stick them in on a 40 (depending on the directions on your nappy brand) wash with washing machine balls, washing detergent and some miofresh. In terms of drying then outside/ hanging up inside in the winter is best. Avoid tumble drying the outer bits because of the PUL (waterproof bit) – and these particularly dry really quickly anyway.

How many do you take on a day out?

I’d calculate this on how many hours you’re expecting to be out. if you’re out 9-3 then that’s six hours – leaving with a clean nappy on then you’re going to plan for a change at 12 ish and 3 ish. Then I’d add at least one spare for number twos or a change of plan! A disposible backup in your bag is never a bad idea.

Do you need anything else?

If you’re going out then having nappy sacks/ wet bags are a good idea to stop anything else getting wet or stinky. You can also use washable wipes or normal ones (which obviously need to go in the bin before you wash). Liners can be helpful for removing solids- make sure you can actually flush them in the toilet you’re using.

It is worth noting that in general cloth nappies are bulkier than disposable- and so your baby might jump up sizes in clothing quicker so that they fit!

And a little note- bambino mio which is a well known nappy brand currently has their new bug collection in aldi – for £8 a nappy which is a great deal. I also found them for £12 in Sainsbury’s (they’re £16 individually from their website) These are pocket ones that are all in one- so the inserts unfold to wash but it stays attached to the outer.

As I mentioned before it’s really helpful to see / try different types and I’ve had much success with the little bloom type off amazon also. There are so many lovely patterns and colours to choose from it’s really fun (and hard) to decide! If you have more questions I’d love to hear/ try to help, just pop a comment or send me a message!

I'd love to encourage you in your everyday story and send you encouraging letters from time to time. You'll also get a free shipping code for being a great friend.

Every so often I send little letters to encourage you in your everyday story and let you know anything new. You'll also get a free shipping code for being a great friend.

Any cookies that may not be particularly necessary for the website to function and is used specifically to collect user personal data via analytics, ads, other embedded contents are termed as non-necessary cookies. It is mandatory to procure user consent prior to running these cookies on your website.