We finally saw the new Mary Poppins returns film! I wasn’t too sure how I would find it, since I have read and love the original books a lot, and while the first film is faithful to it in many ways it also creates an arching storyline and changes bits (as all films do of course!)

The second books, Mary Poppins comes back has some similarities to the film and you can see where some parts of it are from but a lot is different especially since the children are grown up and it focuses on Michael Banks’ children. In the books each chapter is almost a stand-alone tale of the Nanny’s expeditions and adventures with the children- and as such it almost would have made more sense to make it into a tv series- so I can see why they’ve made up a narrative arc that fits the pieces together in a bit differently.

All that said, I did enjoy the film and so did Phoebe (who I had watched the original film with whilst she was off school sick). I’m looking forward to watching it again and also re-reading the sequels again to see which parts they’ve drawn from which parts of PL Traver’s tales. We are currently planning her Mary Poppins birthday party which should be fun! 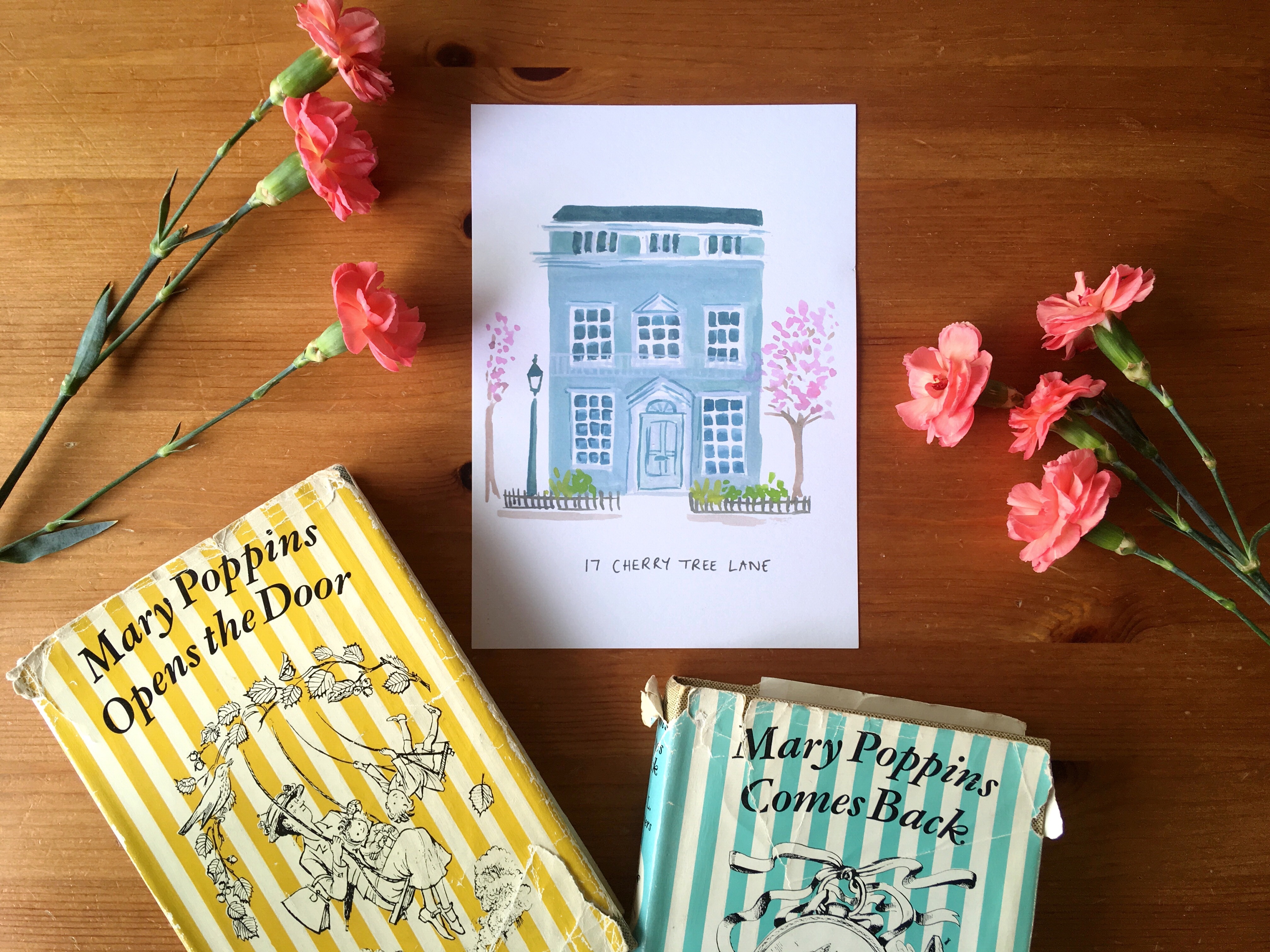 Here is some Mary related goodness for your enjoyment-

The film Saving Mr Banks is really fascinating as I had no idea of PL Travers’ background or that she was from Australia.

I remembered that I finished my Mary Poppins weaving! I haven’t done any new literary wall hangings in a while but it’s here with the others.

I love these editions and these covers. They are just like the original old copies that I have from when my mum was young. This new Lauren Child one is pretty lovely too!

If you missed out on the January Whimsy and Wonderland box which was Mary Poppins themed, you can grab one of a few left here in the shop along with a few other past boxes. Of course individual Mary items are in my shop as usual too!

We have been listening to the soundtrack and enjoying the memory of the film!

Wishing you a weekend that’s practically perfect in every way!

I'd love to encourage you in your everyday story and send you encouraging letters from time to time. You'll also get a free shipping code for being a great friend.

Every so often I send little letters to encourage you in your everyday story and let you know anything new. You'll also get a free shipping code for being a great friend.

Any cookies that may not be particularly necessary for the website to function and is used specifically to collect user personal data via analytics, ads, other embedded contents are termed as non-necessary cookies. It is mandatory to procure user consent prior to running these cookies on your website.